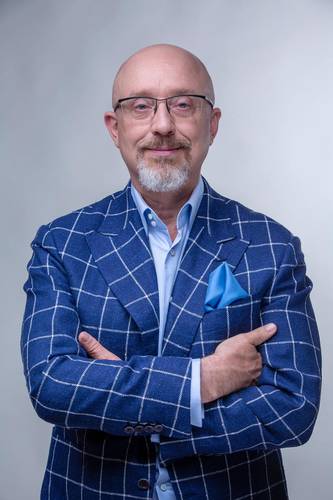 Deputy Prime Minister, Minister for Reintegration of the Temporarily Occupied Territories of Ukraine

From 1984 to 1986, he served in Airborne Parachute Troops of the USSR Air Force.

In 1991 he co-founded a brokerage company the “Galicia Securities”.

In 1994 he received Certificate No. 263 on the right to engage in advocacy activities.

In 1999-2002 he worked as a Deputy Chairman of the Center for the Development of Ukrainian Legislation in Kyiv.

In 2000-2006 he established the firm “Pravis”. Later known as “Reznikov, Vlasenko and Partners”, hereinafter referred to as “Magisters” (as a result of merge with the law firm “Magister and Partners”).

In 2011-2014, he was a Head of Litigation Practice at the “Egorov, Puginsky, Afanasiev and Partners” (as a result of merge with the law firm “Magister and Partners”). He was also an attorney and partner at “Magisters”.

- Head of the Ukrainian National delegation to the Congress of Local and Regional Authorities of the Council of Europe in 2015-2016.

- Deputy Chairman of the Mayor of the Anti-Corruption Council;

- Board Member of the “Let's Do It Together” social project;

- Member of the Reformation Team for the Decentralization, Local Government and Regional Policy of the Ministry of Regional Development, Construction, and Communal Services of Ukraine;

- Advisor to the Kyiv City Mayor.

In 2017 he was responsible for organizing and conducting of the “Eurovision” Song Contest in Kyiv from the Kyiv City State Administration.

In 2018 he was responsible for the organization and conduct of the final match of the UEFA Champions League 2017/2018 season from the Kyiv City State Administration.

In 2005 and in 2019 he was a member of the Supervisory Board of the “State Savings Bank of Ukraine” (JSC Oschadbank).

Since September 2019 he represents Ukraine in the working subgroup on political issues of the Trilateral Contact Group.

On March 4, 2020 he was appointed as Deputy Prime Minister, Minister for Reintegration of the Temporarily Occupied Territories of Ukraine.